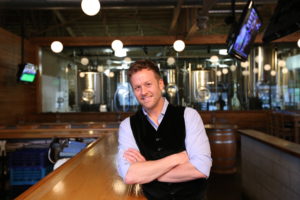 The Ruderman Family Foundation, in partnership with The Jewish Week Media Group, recently announced recipients of the 2016 Ruderman Best in Business Award, including Scott Wise, owner of Scotty’s Brewhouse. This national competition highlights for-profit businesses in the US and Canada who have shown exemplary practices in training and employing people with disabilities.

Scott Wise is celebrating his 20th anniversary as a restaurant owner this year. His professional journey has taken him from opening the first Scotty’s Brewhouse in Muncie, Ind., to operating 15 restaurants across the state and also in Florida, with continued plans for expansion. While Wise’s professional life was certainly a success, he marks a change in his emotional and spiritual life that happened four years ago, in 2012, when he contracted viral encephalitis, a brain infection that took him very close to death. Read more